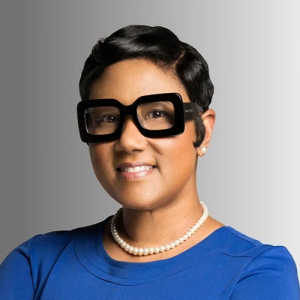 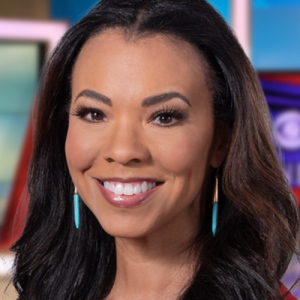 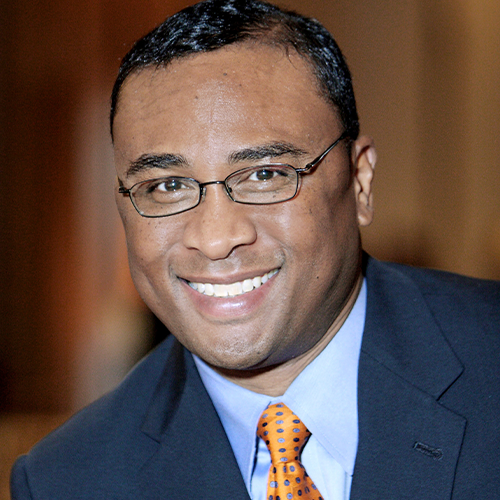 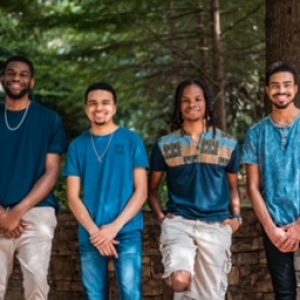 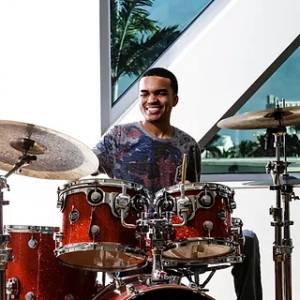 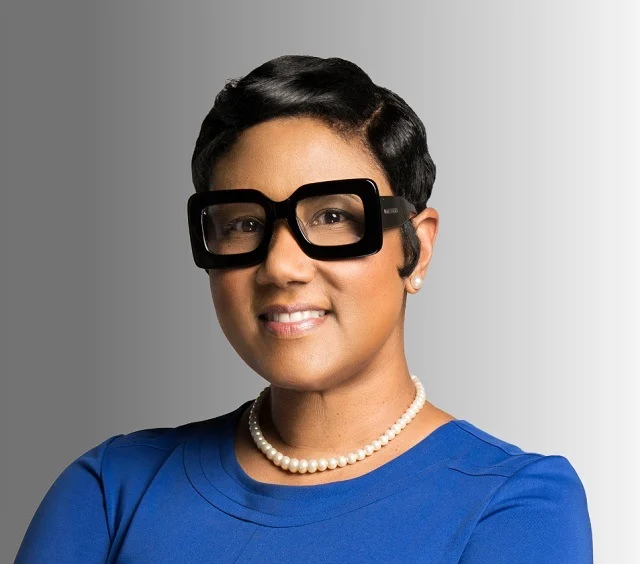 Lorraine Cochran-Johnson is originally from Greenville, Alabama and an eighteen-year DeKalb County, GA resident. Lorraine attended Troy University where she received a B.S. Degree in Political Science and Criminal Justice; a M.S. in The Administration of Criminal Justice; and, received the M.P.A. in Public Administration with a concentration in Economic Development and Grant Writing from Auburn University before attending John Marshall Law School.

Lorraine has over a decade of experience in print media, mass communications, and management.  A seasoned grant writer, Lorraine has developed state and federal proposals since 1994 that resulted in the procurement of millions in CDBG funding for state and local entities through the Auburn University Economic Development Institute. As a community activist and parent, Lorraine is a past president of Pine Ridge Elementary (2006-2007) and Chapel Hill Middle School (2008-2009) PTA and independently secured over $200,000 in funding for school revitalization and digital technology in 2017.

As a professional, Lorraine spent over a decade at Creative Loafing Newspaper. An entrepreneur, Lorraine founded Salons Unlimited Magazine, a publication that started with 5,000 print issues in Atlanta and grew to a 56,000 circulation in 31 U.S. cities in three years before being sold in 2010. In 2009, Lorraine became a founding member of United Front Media, a premiere film and visual media company specializing in content development where she produced commercials for the City of Atlanta, MARTA, KIA and Hartsfield-Jackson International Airport. In 2015, Lorraine joined Real Times Media as the General Manager of the Atlanta Daily World Newspaper and  Associate Publisher of Who’s Who In Black Atlanta and VP of Business Development for RTM Properties – AtlantaDailyWorld.com and Atlanta Tribune: The Magazine, before resigning to pursue public service. 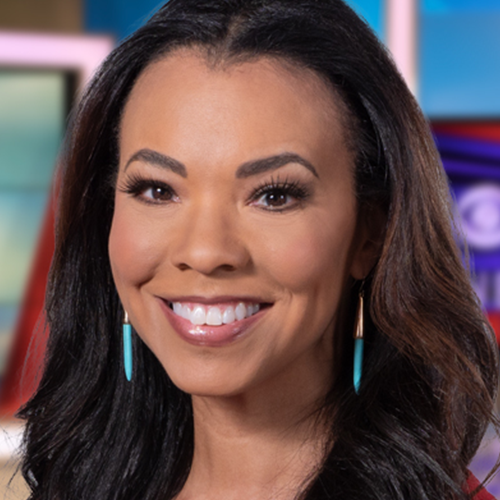 Tracye joined CBS46 in the spring of 2007 to co-host the morning show.

She worked for six and a half years on the show covering breaking news, events in the community and interviewing celebrities until she transitioned to evenings in the fall of 2013.

Prior to arriving in Atlanta, Tracye worked for the CBS affiliate KFMB in San Diego, California. But that was only after spending 4 years in Atlanta working at CNN Headline News covering world news events, daily health stories and entertainment features. Tracye was live on the air during major breaking news stories including the break-up of the Columbia space shuttle over Texas and the capture of ousted Iraqi leader Saddam Hussein.

Tracye has spent the last 29 years covering the news across the country from hurricanes in Fort Myers, FL to 120-degree heat waves in Phoenix, AZ and factory closings in Terre Haute, IN to soybean crops in Kirksville, MO where she started her television news career in 1993.

Tracye enjoys discovering all that Metro Atlanta has to offer including some of the best restaurants in the Southeast and a number of outdoor events with her family.

Vince “The Voice” Bailey is a 35+ year media & entertainment veteran.

For the past twenty-six years, some clients include the USDA National Forest Service, US Department of Commerce, The Eastern Band of Cherokee Indians, NAACP, SCLC, HBCU Coalition, The State Bar of Georgia, and many other non-profit and community organizations. He is a professional announcer for college and professional sporting events and broadcasts including the NBA, WNBA, Arena Football, Pro Boxing, Professional Ballroom Dancing, and continues to provide voice talent for commercial clients and TV and Radio Networks nationwide. He has provided professional Voiceover coaching and instruction for aspiring students for over 10 years. He has received numerous awards and acknowledgements for his work but takes greatest pride in the mentoring he has provided to many young media professionals. He has served on boards and committees related to youth and personal development including: Chair and Vice Chair of the Fulton County Workforce Investment Board, Chairman of the Atlanta Job Corps Community Advisory Council, Atlanta Business League Board of Directors, Chair of the Georgia Black United Fund, and member of the Clayton State University Continuing Education Advisory Board.

For the past 3 years, Vince has produced and hosted the “Black Mental Matters Podcast” addressing the stigma of Mental Health in the Black Community. 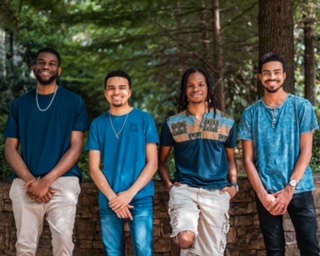 Known mostly for their smooth urban jazz/funk sound, Anonymous Da Band is a multi-talented group made up of four Atlanta born and raised young men in their 20’s. The group has been together for the past ten years and has performed for numerous benefits, social events, and festivals including the Atlanta Jazz Festival and the Wade Ford Summer Concert Series. Additionally, they were selected in a nationwide search to perform at
Prince’s Paisley Park for the Musicology Battle of the Bands.

As the opening act for the likes of Najee, Chrisette Michele, Maysa Leak, and other top entertainers, Anonymous Da Band has become Atlanta’s premier funk fusion bands. This summer, they will also take the stage at the Jacksonville Jazz Festival. You might even catch a listen to one of their singles in rotation on WCLK Radio, Atlanta’s Jazz station.

With their smooth, yet energized creative mix of a variety of music genres from Old School R&B to Jazz, Funk and even GoGo, they are poised to make a massive impact on the music world. Members of the band are Xavier Davis on keys; Xavier Jones on bass; Langston Michael on sax and Justice Michael on drums. 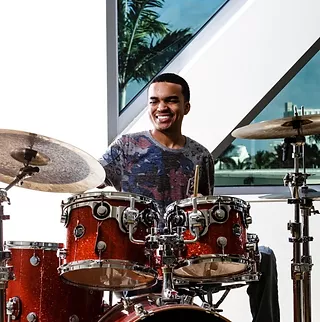 Justice Michael is a multi-instrumentalist, songwriter, and producer. He is known as the drummer and musical director for various acts around the southeast. Justice has opened for and graced the stage with the likes of Brian Simpson, Maysa Leak, Adekunle Gold, Najee, and many others.

Currently, Justice is featured in Keith Sweat and Jacquees’ latest music video “Say Yea” airing on BET, MTV, and YouTube. He can also be seen as a musician on Netflix’s Ozarks.

After years of intensive studying with drum legends like Sonny Emory and Dafnis Prieto, the University of Miami graduate has combined an impressive list of musicians from diverse musical backgrounds to create a spicy musical gumbo for your listening ears. He is excited to embark on some new projects with his new group, Justice Michael & Friends.

Be on the lookout for his debut album that will be dropping later this year!