The mission of the 100 Black Men of Dekalb is to improve the quality of life in our communities and enhance education and economic opportunities for all African-Americans.

The Leadership Academy, the flagship community program, was conceptualized in 1992 to target young African American boys who are the target group in the community and at risk. The Chapter Board of Directors empowered the President-Elect to proceed in establishing a leadership program through the DeKalb Public School System. Working with the Chapter’s Education Committee and the DeKalb School System these men began the program in three schools: Snapfinger, Wadsworth and Knollwood Elementary Schools. 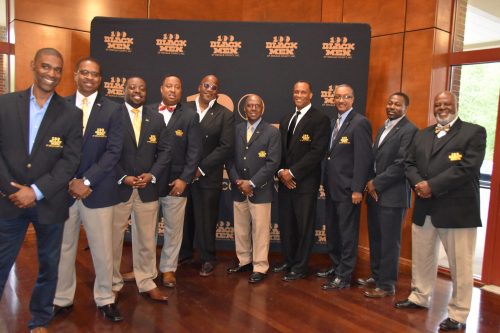 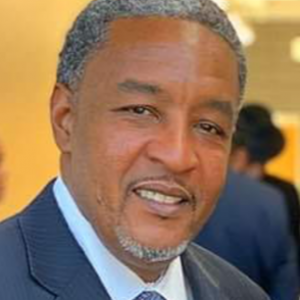 Andre M. Deas is the current president and board chairman for the DeKalb County Chapter of the 100 Black Men of America, Inc.

Deas is also known as Coach Deas and highly regarded for his commitment to youth development and community service.  After several years in retail and restaurant management with the likes of Starbucks Coffee Company, Burger King Corporation and Magic Johnson Enterprises, Deas settled his family in Atlanta.  Later, he opened and operated a mortgage and real-estate firm servicing the southeast region. He can be described as an entrepreneurial spirit, community collaborator and sports enthusiast.

His love of sports, particularly soccer, led to an impressive collegiate soccer career of his own.  When his children began kicking the soccer ball around as just toddlers he stepped in to be a volunteer coach. His entrepreneurial spirit crossed over into his service life and he established the Jaguar Soccer Club at South DeKalb YMCA.  The club grew from one team to serving hundreds of youth in the South DeKalb corridor. This success led Deas to serve on the South DeKalb YMCA branch’s Board of Directors.  His advocacy for quality programming, youth development and service made him the ideal candidate when the YMCA of Metro Atlanta was looking for the next Youth Sports Director of its newest and most unique partnership branch at Wade Walker Park. He served as Senior Program Director at Wade Walker Park Family YMCA.  In this capacity he oversaw recreational programming including: soccer, basketball, volleyball, tennis, karate, cheerleading and baseball.  He is often heard saying that “Our children should not have to leave their communities to enjoy quality programming or to play on elite level teams.”  In this role, he was also responsible for resource development and community outreach.  As such, he was instrumental in extending the YMCA’s reach and service portfolio in Stone Mountain and Lithonia communities.

Currently, Mr. Deas serves as the 100 Black Men of America, Inc. National Liaison for Chapter Presidents.  Deas is a father of three young men: Andre Jr., Justin and Micah.  They are, in part, a driving force to President Deas’ commitment to the organization’s mission and motto, “WHAT THEY SEE IS WHAT THEY”LL BE.”